The earliest vines were planted in Sydney and unfortunately due to the heat and humidity of the Farm Cove site the vineyard never flourished. John Macarthur on his Camden Park property some 50km South West of Sydney is widely credited with cultivating Australia’s first commercial vineyard and winery early in the 1800’s. Principal varieties grown were Pinot Gris, Frontignac, Gouais, Verdelho and Cabernet Sauvignon.

· In the mid 1800’s, Phylloxera, decimated over two thirds of the vineyards in Europe and by 1875 Australia fell victim. Strict quarantine regulations, restricting the movement of vine material between Australian wine regions, enabled South Australia’s wine regions, such as the Barossa Valley, to remain Phylloxera free and thus today lay claim to some of the oldest vines in the world - resolutely growing on their original European rootstocks! 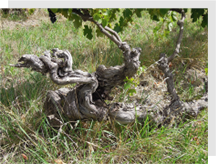 “The History” about the region

The German Lutherans were the early settler’s that arrived in Barossa Ranges.

James  Busby (viticulturist) in 1831 collected a vast range of grapes varieties (543) from Spain and France and shipped them to the Botanic Gardens in Sydney. (362) survived the journey back to Australia.

The person with great knowledge above Barossa Wine Industry

Mr. Martin Pfeiffer, has all the knowledge gained from his father and grandfather as well as his 28 years of experience working as vineyard manager for Penfolds, including responsibility for the “Penfold’s Grange”, “Magill” and other Penfold’s vineyards, he is well equipped to care for our vines at Whistler Wines. Martin has lived and worked in the Barossa for over 37 years and has a passion for gettinginvolved in anything that helps promote Barossa as a region and it’s wine appellation.

He started work with Penfolds as a 22 year old and was asked to manage a development for them consisting of 1500 Acres of vineyard to be planted over 4 years (i.e. 400 acres to be planted over 4 consecutive years) in the Riverland of South Australia, and this became the largest vineyard in the Southern Hemisphere in 1980. This was his baptism into managing vineyards after having grown up with my Grandfather and father having vineyards of their own.

In 1982 he returned to the famous Penfolds Kalimna vineyard in the Barossa Valley and assumed responsibility for the management of the Grange vineyards. This was the period when Penfolds was expanding into takeovers of many other iconic wine brands including Wynns Coonawarra, Kaiser Stuhl, Tollana, Seppelts etc. During this period he was appointed Regional Vineyards Manager for all vineyards located in central South Australia, which consisted of some 15,000 Acres spread over 6 locations.

The iconic vineyard being the Kalimna vineyard was where he was based, and this  was the flagship of the company, therefore the attention to detail was paramount and regular communication with winemakers was essential to growing the best fruit to meet the quality standards required of this brand. This site was also the showpiece of the brand and therefore regular visits by trade and international wine enthusiasts gave him a broad appreciation of the wider wine world.

All of this drove  him to dream of the development of his own wine label and business, and therefore the birth of Whistler was only a matter of time. So, in 2000, he was ready to make the first step and already had the land to begin the dream. 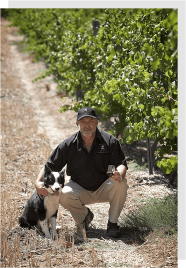 Pure Passion International aspires to be the epitome of a "15 years old vine" in the wine and food business that's graced with the age of knowledge over the years, yields fruits which bear the richness in flavors and capability to plant new "vines" into local soil though conditions may be challenging! Over time and patience, Pure Passion International delivers to its loyal customers as YOU come First always!